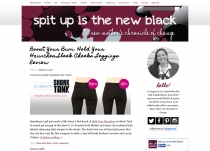 I was provided press passes to facilitate this review.

When we were at Disney World last year, my mom wanted to get my daughter a stuffed animal as a souvenir to remember the trip. At 11 months old, she wasn't really able to voice the stuffed animal of her choice, so we gave her options. My husband held up two different characters for to pick from. Dumbo vs. Goofy? Dumbo. Dumbo vs. Daisy? Dumbo. Dumbo vs. Pluto? Dumbo. Dumbo kept winning. But then we asked Dumbo vs. Minnie. Her eyes lit up. Minnie kept winning and she wouldn't let her go. We knew it was the beginning of a long friendship with the loveable little mouse.

My family loves live shows, so we try to make it to every fun Disney event that stops in our town. When I saw the poster for Disney Live! with Minnie back in January at Disney on Ice that said the show was coming to Cleveland in March, I knew we had to get tickets for my daughter. I was so excited when I was offered press passes to check out the show with my family.

After a 14-hour night sleep (my daughter seemed to adjust quite well to the time change), we got ready and headed to the 1pm show yesterday afternoon. As the lights dimmed, Minnie, Mickey, Donald and Goofy made their way to the stage. Mt daughter was clapping and screaming when she saw Minnie. It's those moments in life that make my heart sing. Seeing her that happy is a mother's dream.

The first act started with about 15 minutes of the famous 4-member club, then went into a 15-minute stage production of Aladdin followed by the first part of The Little Mermaid live. After a 20-minute intermission, the 35-minute second act began with Ariel and Ursula followed by Woody, Jessie, and Buzz. The short show concluded with all the characters on stage singing and dancing together.

We had a fun time at the show, but from the title of the show, Disney Live! Mickey’s Music Festival, I was under the impression that the show would focus primarily on Mickey and Minnie and possibly have a sing-a-long to famous Mickey Mouse hits like the Hot Dog song. I was a bit disappointed that the mouse duo only performed for a sliver of the show and many of the songs they sang were mainstream hits like Who Let the Dogs Out.

If you're little one is a big fan of Aladdin, The Little Mermaid, and Toy Story, THIS is the show for you! I suppose my expectations were just different for this show.

Regardless, we had a great time going out as a family. We try to do fun family activities when we have the time and money, and these Disney shows certainly keep us all entertained. Plus, I personally enjoyed Aladdin and The Little Mermaid since those classics (classics? I'm getting old) were from my childhood!

Have you been to a Disney Live! show? What did you think?

To read the full review on my blog, visit http://www.spitupisthenewblack.com/2014/03/10/fun-sunday-afternoon-disney-live-mickeys-music-festival/